Not everyone is interested in manually heading to a website each day to check out what’s new  – we’d rather get pushed any interesting new content when it arrives. Thankfully, there are a number of ways that you can get notified about new scifi.stackexchange.com content: 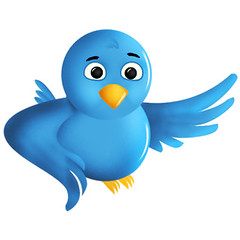 One of the most convenient ways to get notification of interesting content on the site is via Twitter.  The @stackscifi account has tweeted links to interesting new questions for a while now, but it’s recently had some significant improvements, and if you follow it, you’ll now find out about:
Not only is this a great way to keep track of anything interesting appearing on the site, it’s also the easiest way to share this information – all you need to do is tap a retweet button to pass along a link to a great question or answer (note that there are FaceBook, Twitter, and LinkedIn sharing buttons on each question if you prefer to do this the longer way).

[In this segment, we discuss a popular tag on the site, and what are some of the most interesting observations made from the topic.]

Lord of the Rings is perhaps one of the most complete fantasy worlds ever created. There are so many unanswered questions, it’s the perfect topic for a Stack Exchange site. I’ve seen questions which have really made me think. Some of the great insights I’ve gained by studying the topic here include:

Who or What was Tom Bombadill? This is actually the single most upvoted question so far on the site. The most popular answer leads through a discussion first on what he isn’t. He isn’t a human, dwarf, elf, magician, doesn’t seem affected by the One Ring, and doesn’t seem to care for much around him, except for his surrounds. The most likely theory: he is one of the Ainur, descendent of Ilúvatar , the creator, or somehow related to them. But, as the second most popular answer quotes from Tolkien himself: “And even in a mythical Age there must be some enigmas, as there always are. Tom Bombadil is one (intentionally).”

What special powers did the Dwarf rings give their users? So, we know there were a total of 20 rings of power, 9 given to humans, 7 to dwarves, 3 to elves, and 1 to Sauron. Of these, all play a significant role in the series, except for the Dwarf Rings. What did they do? It seems likely from various answers that the 16 rings made by Sauron, except for the One Ring, were all very similar in power. The main difference seems to be how they affect a person, given their biology. The main use of the Dwarf Rings was twofold. The advantage by having them was great wealth. The disadvantage was extreme greed. The dwarves who used them were not subject to Sauron’s control, nor did they turn invisible.

Why weren’t the Three Rings for the Elven-kings destroyed as well? We all know the One Ring was destroyed. The human and dwarf rings ceased to function after the destruction of the One Ring. But, the 3 elf rings, free from the corruption of Sauron, still functioned, or is so believed. They were all removed from Middle-earth at the end of the book. Why weren’t they destroyed? From reading this topic, a clear answer is not provided, but it seems likely that the 3 rings lost at least some, if not all, of their powers, that they had some connection to the One Ring, despite the Elves’ best attempts. The rings disappeared from Middle-earth, without us knowing if they still worked. By leaving Middle-earth, it no longer mattered if they were destroyed, and they were in good hands. It seems like it just didn’t matter.

Finally, I’d like to end with an answer that was so amazing, that I can’t even begin to give it any justice, so I’m just going to give the title of the question and a link. I hope you enjoy Lord Of The Rings – what is the important background information contained in the poems? 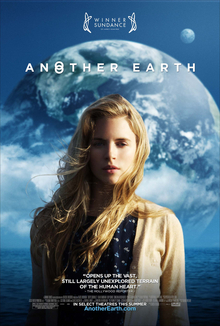 The Literature StackExchange site is now available to the public.  If you’ve got questions that need answering by a literature expert, then this is a good place to ask – note that their current definition of “literature” is quite wide (it includes popular fiction, not just “those considered of superior or lasting artistic merit”).

The site actually has quite a large proportion of questions that are about science fiction and fantasy literature, so if you’ve got some expertise there, you might be interested in answering some questions for them (if you’ve got an account on our site with at least 200 reputation, then if you associate the two accounts – you’ll be prompted to do this if you use the same OpenID – then you’ll start off there with 101 reputation).

If you’ve got a question about science fiction or fantasy literature, where do you ask that question, now that there’s both sites?  Consider who you would like an answer from: an expert in science fiction / fantasy, or an expert in literature in general; different types of questions will suit each site.  Some questions will be perfectly acceptable on both sites, and in those cases it’s up to the asker to decide where they’d like to ask (in general questions won’t be migrated between the sites, and duplicates may exist on both sites, as long as they are not exact duplicates).  You should definitely not post the same question on both sites, however.

If you’ve got questions about writing science fiction or fantasy, then you’re still probably best off asking over at Writers rather than Literature or our site.  Note that the Literature site currently accepts recommendation questions, which are off-topic at our site, so if you’re after a science fiction or fantasy recommendation, then you can ask there (we continue to welcome these questions in chat, as well).