I recently signed up for a trial membership of Kindle Unlimited to find new reading material. Like so many others, I discovered their “100,000s” of books were most ones no one had ever heard of. They have a few stand out series, Harry Potter, Hunger Games, and Lord of the Rings, but the vast majority of their unlimited selection is comprised of titles and authors few have heard of.

On a whim I decided to choose a science fiction series titled The Solarian War Saga by Felix R. Savage.

The first book, The Galapagos Incident introduces us to a future where humankind has spread out throughout the Solar System. The main protagonist is Elfrida Goto, a half Japanese woman who is working on the United Nations Venus Remediation Project. This is an effort to make Venus habitable. They acquire asteroids, load them with some kind of organisms that can survive the 600 degree weather, and crash them into Venus. Elfrida uses remote viewing (think Surrogates 2009) to attempt to acquire asteroids and relocate any settlers who may be already there. Things turn dicey when her remote body’s machine intelligence appears to have its own agenda and goes rogue.

The series tries to imagine a future where technology has taken us to the point of remote sensory, bionic implants, and highly advanced artificial intelligence. These intelligences are so advanced that the United Nations (the supreme authority on everything in this future) has placed bans on just how smart machines can be. This was a direct response to some incident on Mars that resulted in all colonies being lost there and the planet going dark.

The writing might lack a little at times, and the science doesn’t hold up to a lot of scrutiny, but I enjoyed the series none the less. After reading the The Galapagos Incident I continued on to The Vesta Conspiracy, The Mercury Rebellion, and finished with the short story prequel Crapkiller (an ill advised title in my mind). People who enjoy a good space opera might enjoy visiting the future of Felix R. Savage for a few books.

The first book is available for free on Amazon, and the series is available via an Amazon Unlimited subscription (or trial).

Back in August I saw a promotion for some free Kindle books and I decided to grab a copy of one titled Star Soldier (Doom Star #1) by Vaughn Heppner. I had never heard of the author or the series, I just wanted a free book. I knew the promotion was designed to get me reading the first book, and then purchase the remaining 5, and being an unknown author/title, I wasn’t sure it was what I was looking for. Obviously I decided to give it a chance (otherwise this article wouldn’t exist).

The series focuses on the main character Martin Kluge. The son of dissidents, he lives under the thumb of Social Unity, a communist regimen that controls the inner planets (Mercury, Venus, Earth, and Mars). Martin wants to be free, to be able to have his own thoughts and live his own life. His thoughts and temper get him in trouble with the Policial Harmony Corp, and he is sentenced to forced labor deep underground in Australia. Meanwhile, the genetically engineered super-soldiers, created by Social Unity, have decided they are superior and they should be the masters of homo-sapiens. Renaming themselves as Highborn, they start an interplanetary war against Social Unity. This conflict eventually spills into the outer planets, as a third threat arises and the whole solar system jockeys for power.

The series reminds me of Starship Troopers, with their battle suits and extreme ideologies, along with the training and space battles of Ender’s Game and the Eugenics Wars of Star Trek. There is a line taken straight from Space Seed, when one of the Social Unity generals is referring to the super-soldiers “superior ability breeds superior ambition.”

These books include, but are not limited to, the following tropes:

I was taken in by the first book and subsequently purchased the eBooks for the remainder of the series. The adventures of Martin Kluge and others were interesting. The second and third books suffered from repeating information from the first book. I know why authors do this, but I find it irritating, particularly when I’m reading the books back to back. Once you get to book four recapping reduces to the minimum so the story can progress. 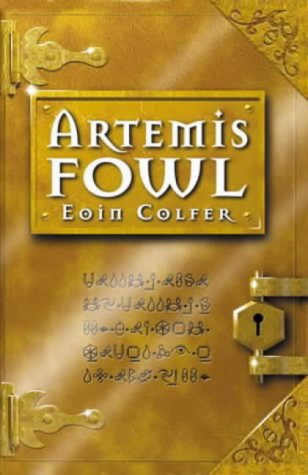