The purpose of this article is to support the possibly controversial claim that for a show which claims to be all about time travel, Doctor Who doesn’t actually involve all that much time travel. Oh, sure, the Doctor has a time machine, but it tends to be used only as a means of getting to wherever he wants to go (or, as she herself once put it, wherever he needs to go), rather than time travel actually being relevant to the plot of the episode. Most episodes start with the Doctor and Companion turning up somewhere in the TARDIS and then staying in the same time zone all the way through; as we shall see, very few involve time travel which couldn’t be removed with no effect on the storyline.

I’m going to examine all the episodes of the Russell T Davies era, i.e. the Ninth and Tenth Doctor stories. Mainly this is because I haven’t finished watching the whole of the Moffat era yet, but I also suspect my point will be better made here since the show has tended to go further into issues of time travel, time paradoxes and so on under Moffat’s leadership.

After an interval of eight weeks (or possibly eight seconds, or eight hundred years, or minus eight weeks, according to whose timeline you may be following), here we are again with the second of the two instalments of my Doctor Who Series 9 review.

The episodes in this series are on a steep uphill climb, with nearly every story being better than the last. We’ve already seen a two-parter involving Missy and Davros (which, despite some interesting aspects, was mainly fanwank), a “base under siege” two-parter (standard Doctor Who fare, plus a time-travelling twist), the first Ashildr episode (more standard Doctor Who fare, but a nice snapshot of the Doctor doing what he does best), and the second one (an even less interesting storyline, but with some fascinating exploration of the life of an immortal). Now it’s time to move on to the second half of Series 9, in which every one of the stories makes Doctor Who history while also being fantastic in its own right.

Once again, of course, SPOILER ALERT.

After watching a few random episodes of Doctor Who over the previous several years (I saw the 2006 Christmas special live on TV, and then a selection of episodes from Series 4 and 5 around Christmas 2011), I started to get seriously into the franchise around Christmas 2014, and now consider myself a fully fledged Whovian, having watched over two-thirds of all New Who episodes in not much more than a year. Series 9, the most recently released, was the first Doctor Who I’ve watched week by week while it was coming out.

The series was largely well received, having been hailed by various critics as the best Moffat season yet, the best since Eccleston, or even the best season of New Who. Personally I think Series 4 is still my favourite New Who series, but I did very much enjoy this new one, and Capaldi could now give Tennant a run for his money as my favourite Doctor.

This series contained more multi-episode stories than any other for a long time. This allowed more time for each story to develop, mature, and conclude without feeling overly rushed; on the other hand, it detracted from the self-containedness that many of the best Doctor Who episodes have, and made it harder for casual viewers to ‘drop in’ for just a single episode.

Jenna Coleman secured the title of the longest-serving Companion of New Who towards the end of this series before her eventual departure. Peter Capaldi has now really settled into his role as the Doctor, bringing some of his own flair to the show and ensuring his place in the annals of Whovian history. In Series 8 he had to spend too much time acting grumpy and proving that he wasn’t Matt Smith, but now he’s been able to spread his wings, let his hair down a bit, and establish himself as (in my view) the best speech-making Doctor in all of New Who. Oh, and speaking of hair, was I really the only one to notice the swap in hair length between the two main characters? 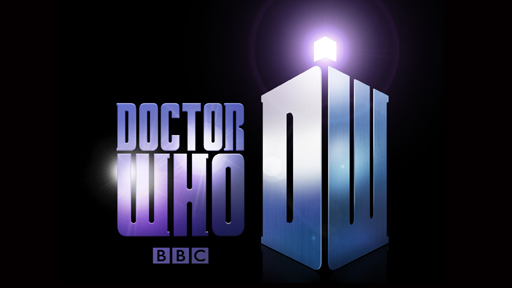