I had the opportunity to see a special fan screening of Justice League last night (the Monday before the official release). I ended up having to stand in line for 3 hours to do it, get scanned by security (with actually metal detector wands), and turn off my phone (even though the screen wanted you to scan a Snapchat code). Once the movie started I quickly forgot about the hassle of actually getting to my seat. 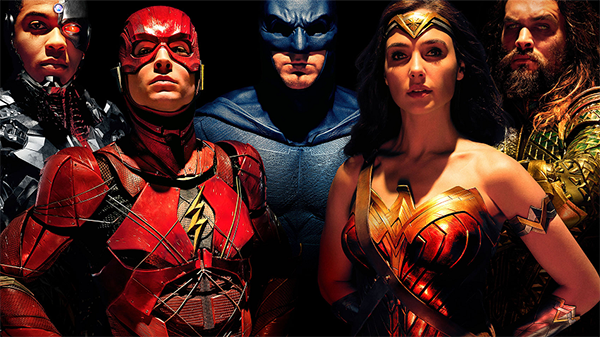 First, I want to talk about expectations and hype. Mine were truly low. I’ve seen all the DCEU movies, watched all the JL trailers, and I was not expecting a Wonder Woman type of hit. As much as I enjoy Snyder’s Superman, I can’t say the previous Superman films were examples of great film. And I don’t want to talk about Suicide Squad, because Folding Ideas has done it better than I could. After everything we’ve seen, I expected Justice League to be a mess of grimdark origins that barely formed a cohesive plot.

So, watching the movie I felt my expectations constantly rising.

As the film opens, we get a reminder that Superman is dead. Something that’s spread throughout the film, but absent is the trailer’s voiceover that terrorism and crime is on the rise. In retrospect, about half the dialogue and scenes shown in the trailers are gone. This is the clearest evidence that Joss Whedon’s reshoots played a significant role in the final cut, despite the opening credits simply labeling it “A Zack Snyder Film”.

After that opening, the movie changes scenes about every 5-10 minutes for the first half of the film, alternating between characters. Batman starts it off by going after an armed burglar, but true to form for the World’s Greatest Detective, he was actually investigating what becomes the major plot of the film.

Then we’re thrown to a Wonder Woman scene. Immediately the tone is different. Instead of blues and greys of Gotham Night, we have golds and whites of daytime that befit an Amazonian princess. I wanted to call out this scene specifically for amping me up for the rest of the film. We saw a hint of it in the trailers, when she does a leg swoop to a guy dressed in a black suit. By Wonder Woman standards, that’s a pretty tame use of her abilities, which is probably why they’ve axed it. Instead, she shows off the full range of her abilities, especially her speed compared to some speeding bullets.

It was at that point I realized they were building up to bigger fights scenes for the movie. We were going to see a lot more action from her than in the last couple movies. In Batman v Superman, she only showed up for the final fight. In Wonder Woman, she was tempered in her use of her abilities, which she was still learning. Not anymore.

I won’t go over every scene, but they continued like that. They weren’t all action-packed, but they were all purposeful. They introduced us to the new characters, like Barry Allen and Victor Stone, established the villain, or brought members of the forming League together. Little time was wasted.

I’ve been telling anyone who’d listen since my viewing that it felt like a live action version of the old animated Justice League. There’s an external threat established, too big for just one or two heroes to handle, necessitating the creation of the Justice League (watch the original two-parter of Justice League animated). Throughout the film, like in the cartoon, you get encounters with the villain, establishing a clear conflict and a need for a bigger team.

And since we see the main villain spread through the whole movie, instead of just some surprise climactic battle, we get to see a lot more action. The League has opportunities to demonstrate their abilities, solo or in combos, plus show us that they need to be better at working together (rather than just tell us through the type of extraneous dialogue that was thankfully cut from the trailers). I felt that each character, including newcomers Aquaman, Flash and Cyborg, were all given suitable screen time and relevance to the plot. If you paid attention to the trailers, you can tell that Cyborg’s plot was probably re-worked, but Ezra Miller’s Barry Allen and Jason Momoa’s Aquaman were exactly what you would have expected from the previews.

Overall, it was excellent. I kept asking myself after each scene, “When am I going to be disappointed? They can’t keep this up.” But they did. They kept it going. Even the end credit scenes (one mid and one at the very end) delivered. Unlike Spider-Man: Homecoming, you didn’t get made fun of for waiting. You got one piece of amazing fan service, and one look at a potential Justice League 2 plot that made the theater audibly excited (and unlike Thor: Ragnorak’s scene with the space ships, you can tell exactly what’s going on).

There are many moments in the movie I want to call out specifically for how awesome they were, but most of those would be major spoilers. I’ll just end by saying this Justice League movie was leagues better than I would have expected from Warner Brothers at this point in time. I felt like the movie was made by people who get what someone like myself, who’s read the comics and watched all the cartoons, wants and enjoys from this type of story.