The newest addition to the ever-growing series of television shows based on Marvel properties arrived last week, with the FX show Legion.

The show, co-produced by Marvel and Fox, is the first live-action adaptation of Fox’s X-Men and mutant roster. (At the moment, it’s unclear if the show is going to tie into the X-Men Cinematic Universe or not.) The show follows the life of lead character David Haller, based of the Marvel character of the same name, who’s comic alias also gives the show its name. At the start of the show, David is a middle-aged man who has been diagnosed with  a severe case of schizophrenia from a young age — he constantly hears voices and sees things that don’t exist. David is currently being housed in a long-term mental health facility, where he meets the show’s lead female protagonist, a mysterious young woman named Sydney with a severe phobia of physical contact.

As the show progresses, David begins to form a relationship with Sydney, who largely rebels against the hospital’s treatments. Things go awry, however, when Sydney is set to be released, setting off a chain of events that leads David to start to believe what we, the viewer, probably already knew: that he’s not crazy, but he (and Sydney) seem to have super powers. 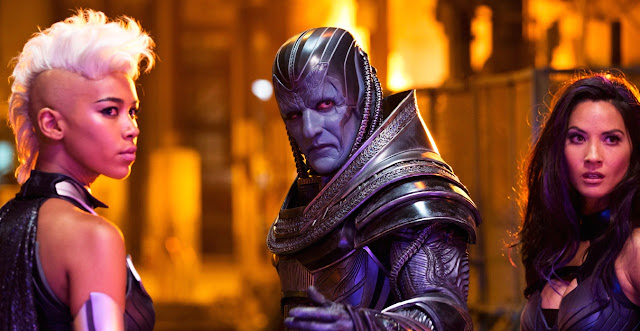 In a previous blog post, we examined the history and future of the various DC Comics cinematic franchises that make up what I (apparently alone) am calling the DC Cinematic Multiverse. But DC isn’t the only company to have a massive tangle of cinematic universes under its belt. It’s long-time rival Marvel has been even more prolific when it comes to adapting their material for the large and small screen. Unlike DC, though, Marvel gave up control over much of it’s catalog during the dark times (the 1996 bankruptcy and subsequent reorganization), resulting it several different studios having access to bits and pieces of the Marvel world. To this day there is still a lot of confusion over who has what rights, who can be in which films, and on-screen with who else, and which films belong to which shared canon.

Note: As with the DC post, I am mostly ignoring the animated parts of the Marvel multi-verse. There have been 36 (to date) animated shows and about a dozen animated movies.  In general, with two notable exceptions, these shows all exist in their own separate universes, with their own separate designations in the Marvel reality catalog, and otherwise play no role in the live-action TV or movie worlds.

So, as we did with DC, lets see if we can make some sense of of the tangled mess that is the Marvel Cinematic Multiverse.